I have no memories of Baby Evangelista. I only remember going into labour on March the 7th 1999.

I have no memories of my stillborn baby girl. It is as though she never existed.

I only remember going into labor on Saturday the 6th of March 1999. We arrived at the hospital at 11:00pm and all was normal and going to plan. I had finally reached my milestone of 40 weeks of an uncomplicated pregnancy.

Of course, my husband and my parents were anxiously there for me. It was the middle of the night and the hospital was noticeably quiet & empty. I had yet to see a doctor and was waiting patiently during labor. The nurse that was looking after me stated that I had a long way to go, as I had only dilated 1cm. I was in a lot of pain which I thought, and presumed, was normal. Time went by so slowly and it was around about 3:00am in the morning. My gut was telling me something is not right, but my brain was saying, “What do I know; I haven’t had a baby before”. I should have listened to my gut and spoken out, instead of sitting in silence. I kept staring at the baby’s fetal monitor and noticed that it would occasionally drop slightly. The nurses stated that this is normal. “Normal”, she said. What does normal mean, when everyone is different?

Within seconds of questioning myself, the baby’s heart rate started to drop quickly. I heard my husband shout out to a nurse, to come quickly and suddenly there was a team of doctors and nurses prepping me for surgery. I went into shock and could not speak. The baby’s heart had fallen to fifty beats per second. I could see so much was happening around me. The nurses and doctors rushed me to the theater room for an emergency C-section under a general anesthetic. Sadly, all did not go as it should have.

My baby died and I lived. Our angel died on the 7th of March 1999 and descended on a different journey. Evangelista Koutras was a stillborn baby. Evangelista did not have the opportunity to take a breath or to see this world or to meet us, her parents. She became a number, another statistic.

The autopsy results showed that meconium was the cause of our baby’s death. Meconium is the earliest stool of an infant, unlike later feces. It is made up of materials ingested during the time the infant spends in the uterus. Meconium is normally retained in the baby’s bowel until after birth, but in some cases as mine, it is expelled into the amniotic fluid prior to birth or during labor and delivery. The medical staff stated that the stained amniotic fluid called meconium was inhaled by our baby girl. This is classified as contaminated fluid, which caused her to have fetal distress and hypoxia, which therefore led to respiratory problems and death. The anesthetist intubated my baby girl in hope of resuscitating her in order to give her life. How on earth can you give a stillborn life after death. It is so concerning and devastating to state that despite enormous technological and medical advances, the rate of stillborn babies has not unfortunately declined in two decades.

I was told by the anesthetists that they had to put me in an induced coma as they had problems during intubation. They were trying to prep me for emergency caesarean section but I had consequently a four-minute period of hypoxia. Hypoxia is also known as a condition in which the body or a region of the body is deprived of adequate oxygen supply. In my case, I had insufficient oxygen to the brain. When the obstetrician spoke to me, he had said that I had hemorrhaged during the C-section, as it was an emergency and blood vessels were cut.

After a week had passed, I woke up disoriented, vulnerable and with empty arms. I was told that my baby girl was stillborn and was buried. Emotionally I was depleted and lost. I had so much rage and anger thrusting through my mind and heart. I felt as though I was losing control of my mind, body and soul. I was incredibly overwhelmed with sadness and anger. I wanted so desperately to blame someone but there was no one except me to blame. “I should have spoken up. I should have said something to the nurse. I should have, I should have, and I should have”. But everything I say and everything I do will never bring her back to me.

Every member of my family had the privilege to hold Evangelista and to say goodbye, except for me. I regretfully resent them all, especially my mum. While I was in an induced coma, my Mum took away my rights to make decisions and unfortunately made all the wrong decisions for me. My mum had made the decision that it was best for me to not see or hold my baby. She had later stated that it was for the best, and it would make my grieving easier. Unfortunately, my mother’s decisions and choices have damaged me for life. My mum treated my husband and I as though we were incapable of making the right choices and ambushed the whole healing process. I now understand that her decisions were made purely out of love and she simply did not want me to feel pain. My mum needed to protect me as I am her child.

Due to the unacceptable choices that my mum had made, I had to leave that same hospital without my baby girl, without seeing her, without holding her and without saying goodbye. I left that hospital as though I was a cripple. I was leaving with empty hands, a shattered heart and no memory of the birth of my baby girl Evangelista. I had no closure. All I had was unresolved emotions and questions.

While I was in an induced coma, my dear husband had been silently battling his grief and pain alone. He was broken and devastated and sadly had no support from his parents nor my parents. It was as though he had a muzzle put over his mouth as he was not permitted to talk about his emotions or to contribute, nor have a say regarding me or our baby Evangelista. He was told to step up and be a man by my parents and by his father.

Of all people I presumed my father in-law would have been the most sympathetic and understanding, as my in-laws too had a stillborn baby boy in the 1960’s. Sadly and unfortunately they were the least caring of all my family. They had withdrawn themselves from this devastation. They were physically there for us but not emotionally. To this day there has never been a discussion with them about their stillborn baby boy as they had made it quite clear to me that there was nothing to discuss. All that I know is that my mother in law was not allowed to hold or see her stillborn baby boy, and does not know where he was buried as they were never given a choice. Basically, her baby was snatched from her womb and thrown into a communal grave. This is truly disgraceful in dishonoring stillborn babies and their parents. Hospitals in the early to mid-19th century had too much power and say. Consideration, empathy and compassion simply did not exist. On some level, I can slightly sympathise with my in-laws. I can somewhat understand the circumstances that they were put through. I suppose that is why they cannot bring themselves to talk about what had happened to their stillborn baby boy, that has no name.

We were all suffering and coping in different ways. Unfortunately, there is no right or wrong way of mourning, as every person deals with devastation differently. I cannot judge my parents nor my in-laws in regards to what they said and did as both sets of parents were born in the early 1940’s and grew up in Greece with very little education, in poverty during the war. All that they had ever seen was constant loss and suffering. Both sets of families were all conflicted, utterly confused, and most of all powerless with the loss of our baby Evangelista.

It is now the year 2020 and I still have no closure. All I have is absent memories.

I do not believe that we people can get over any type of death or horrifying painful experience. It is just a matter of getting on with life and living with the past and not in the past. The past is part of our future and it is a matter of coming to grips and handling the pain, as the pain never goes away, it’s always hidden deep in our hearts, lurking at the back of our minds.

Many years later I wrote a poem all about baby Evangelista, myself and that day. 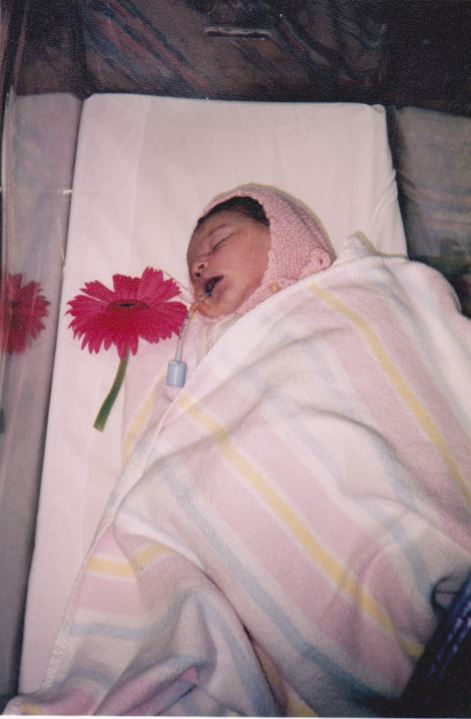